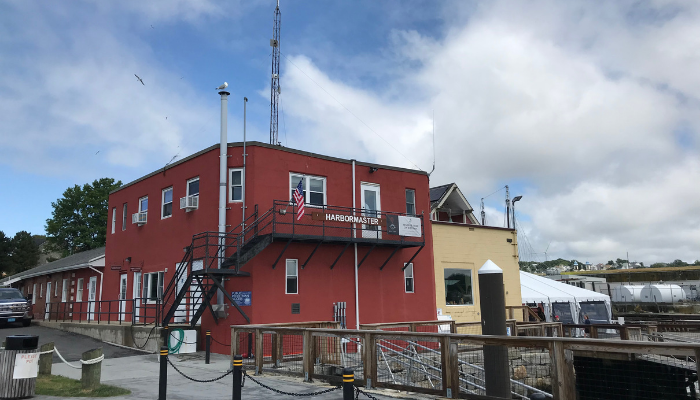 What happens if the marina in your town doesn't reach its potential as far as visiting boater traffic? Your town and local businesses are missing out on revenue, not just the marina. Whether you're a local business owner or a resident in a harbor town, harbor efficiency has an impact on you.

How Boaters Spend Money in Your Town

Cruising boaters typically go ashore to explore town when they arrive in harbor. Even boaters who opt to cook aboard may need to provision, as boats are short on refrigerated storage space. If a boat part has been damaged, the owners will likely visit the hardware or marine store. If they’re vacationing, however, research shows that boaters are likely to eat out, go shopping, and partake in local attractions and nightlife.

Even if one were to play it conservative with the survey data, economic impact studies we've managed to find show that each harbor has at least some element of spending ashore by visiting boaters.

Try these calculators on for size to see the happier end of the spectrum:

The above calculator reflects potential income if your town's or marina's slips/moorings are full 100% of the time during your season. Which begs the question: Does your harbor come close to reaching its capacity? If there's room for improvement, an increase in the number of boaters your town hosts makes an impact on your marina revenue, town revenue, and revenue to local businesses:

Even if only half of the boaters you add each season go ashore, and even if they only spend half the money you estimate? Any local business that turns their nose up at extra income has its days numbered. Keep reading for some professional estimates and their potential impact.

Obviously the above calculator is not a precise estimate – your mileage will vary by location, marina size, harbor and town dynamics, and the boating segment they attract. But the idea here is to at least start to get some sense of the value your harbor brings to its town – and the additional value it could be bringing given the right support and/or upgrades. Here are some real-world studies we used, as sourced by state officials:


If your town/harbor team is willing to adopt software to aid them in streamlining their operations, here are some ways your town benefits without incurring an additional cost onto the city:

Advocate for Your Harbor & Waterfront

In order for your town or your local business to benefit from additional boater revenue, you need to become an advocate. If you are a business owner, get involved in your town’s decision making process as it pertains to town-owned/managed waterfront property.

If you are a town employee or harbormaster, consistently advocate for your waterfront as a revenue generator for the town – which it is, or, if it’s not, it very easily can be. With additional funds invested in a municipal marina, all municipal stakeholders benefit.

Applying for Grants for Your Marina

If your marina/town's current budget doesn't allow for a physical expansion of your space, a well-run harbor makes it easier to make the case for grant funds. Dredging, increasing the number of slips, adding amenities, or updating existing facilities will bring more visitors and/or increase your visitors' average vessel size, both of which positively impact tourism revenue.

If no one at your municipal marina or within your town is applying for grants, congratulations, you just got yourself a new path to a promotion. Get your town a grant, add that work to your resume, and get ready to ask for a flippin' raise once you get it. Stay tuned for our next blog post on Marina Grant Applications Made Manageable.

How to Complete a Recreational Boating Impact Survey for Your Town

Every harbor in the country is unique, and boater behavior varies according to the location, attractions, vessel size, etc. To gauge the potential for increased revenue from increased boating tourism, you have a couple options:

Thanks for reading. If you have questions, comments, or feedback, please email me at becky@dockwa.com to let me know.

Dockwa Case Study: How Edgartown Harbor Increased their Revenue by 25%

tl;dr Jump to the case study here, we don't mind :)  With summer now in full swing, we wanted to start to highlight some of our customers'...

As Director of Strategy and Operations at Dockwa, I spend my days focused on how we align our resources to best enhance the boater...