Dockwa Case Study: How Edgartown Harbor Increased their Revenue by 25%

tl;dr Jump to the case study here, we don't mind :)

With summer now in full swing, we wanted to start to highlight some of our customers' achievements in the industry.  One marina in particular has gotten a great return from using Dockwa as its new reservation platform, and as a result is experiencing groundbreaking success.

Edgartown Harbor, located in Martha’s Vineyard, Massachusetts, attracts many transient boaters each year looking for a fun, yet relaxing getaway. Because of Edgartown's shear volume of transient boaters, they were in need of a solution that would enable them to create operational efficiencies and scalability beyond what they were doing manually. Edgartown implemented the Dockwa Marina Management software mid-season last year (2015) and the results started to show themselves immediately. Harbormaster Charlie Blair and his team recognized the potential for further success in 2016, and thus decided to “jump ship” from outdated methods and technology, and move their entire reservation platform to the Dockwa system.

Since partnering with Dockwa, Edgartown Harbor has become the epitome of proving how a timeless industry such as the marina industry can grow and adapt in this fast-paced era of technology. With Dockwa’s comprehensive platform, Edgartown Harbor is seeing a drastic increase in revenue and decrease in complications surrounding their guests' reservations. That means more money with less work – who could ask for more?

Aiding in this increase in revenue is Dockwa’s ability to pinpoint the exact number of boats in the harbor on any day of the year. With this technology, Blair is able to identify slow days during the season, and increase reservations using promotions and discounts targeted to entice boaters to venture to his marina.

Dockwa compiles all aspects of boating into one user-friendly platform, which ultimately has allowed hundreds of marinas, including Edgartown Harbor, to manage increasing success with minimal complications.

Still not convinced that less work, more revenue, and a more seamless boating experience is something you would be interested in? Check out this case study with a detailed report on how Dockwa has led Edgartown Harbor to a record-breaking season. 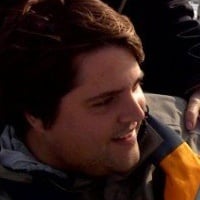 Topping off the Tanks! Dockwa Raises $2 Million in Funding