In times of uncertainty and untold dangers, sailors put their faith in rituals, superstitions, and good omens to protect them on their journey at sea and guide them back home. Of course, it’s unlikely any of it genuinely determined their fate, but at the very least, it gave sailors a sense of control over the unknown and put their minds at ease.

With technological advances like GPS and radar, boating is much safer today. But, just in case, you might want to take a peek at the boating myths and superstitions below from different points in history.

Starting on the Right Foot

Long ago, many believed that If you stepped on a boat with your left foot, misery was sure to follow for the journey ahead. For those of us that are little-stitious, this superstition remains popular among plenty of old salts.

One of the oldest superstitions is bringing a siren aboard would cause terrible luck. Women were said to tempt the crew and distract them from their duties. Of course, this would anger the seas, causing treacherous voyages as revenge. We think this one is definitely better left in the past.

Don’t Whistle While You Work

Unless you plan to “whistle up a storm,” whistling and singing were strictly forbidden on superstitious boats. Historically sailors believed that whistling aboard a boat would bring bad weather, challenging the wind to pick up speed.

No bananas on board! Bananas were unlucky for many reasons. They could cause a ship to go missing at sea or, more likely, provide shelter for eight-legged stowaways with painful, deadly bites. 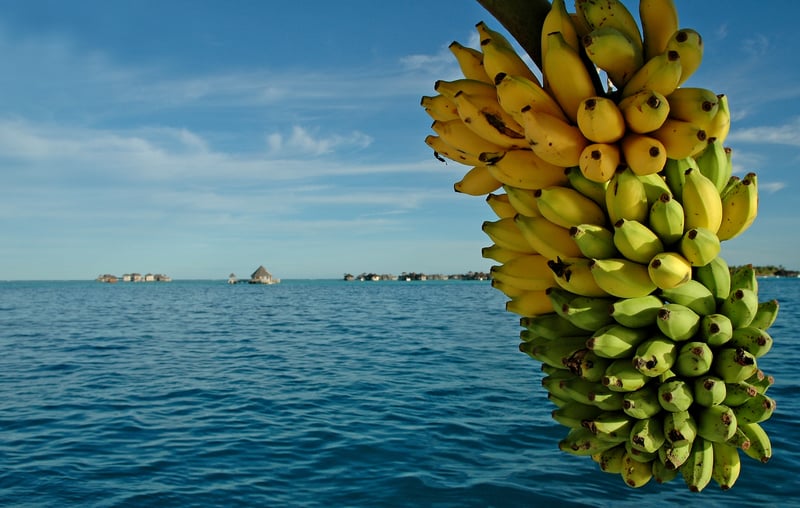 Some cultures believed people with red hair are unlucky, so seafarers were advised to avoid them at all costs. If you saw a redhead before boarding the ship, it was best to speak to them before they spoke to you to mitigate any misfortune coming your way.  We

Poseidon’s Ledger of the Deep

It’s considered bad luck to change a boat’s name, at least without first conducting a de-naming ceremony. Poseidon, the Greek god of the sea, was known to be a temperamental guy. He kept a list of every ship traveling throughout his domain. So, if you’re thinking about renaming your used vessel, you’ll first need to purge its old name from his book and memory.

Some sailors believed sailing on certain days could bring unwanted trouble. For example, Friday has historically been considered a bad day for setting sail because of the crucifixion of Jesus Christ. Thursdays were also unlucky sailing days because it was the day of Thor, the god of thunder and storms.

Other unlucky days for sailing include the following:

It was considered bad luck for seafaring men’s wives to call out to them or wave goodbye. It was said to doom the voyage and keep the ship from returning to shore.

Since ancient times, cats brought luck to mariners. Cats were also essential because they would kill the rodents aboard to prevent them from gnawing on wood, ropes, and later electrical wiring or eating food stores and spreading diseases. Being fans of boat cats and boat dogs alike, we say let's keep this one going.

On fishing trips, it has been considered good luck to use an odd number of nets. Scottish fishers would go as far as to throw a crew member overboard and then haul him back on to encourage fish to be caught. We're going to guess that last part wasn't disclosed in the job description.

Excuse their manners. While at sea, it was considered bad luck for one crewman to pass the salt directly to another. Instead they returned the salt to the table and let their shipmates pick them up anew.

If you cracked an egg aboard a sea vessel, you had to then break the eggshells into tiny pieces. According to legend, witches could hop on an eggshell and sail it back to the unlucky ship that had discarded it.

My sincerest apologies to Captain Jack Sparrow. For pirates and sailors alike, lousy hygiene is good hygiene. If anyone aboard trimmed their nails, cut their hair or shaved their beard, it brought bad luck to the ship.

So there you have it, a baker's dozen ways in which the sailing world tried to court good luck and avoid misfortune.  Do you have any superstitions you've crafted over the years on the water? Let us know on Facebook, Twitter or Instagram.