These Four Women Are Making Waves in the Sailing Community

This March, in celebration of Women’s History Month and International Women’s Day, we’d like to highlight them. These women have refused to simply take a seat. Instead, they’re taking the helm and carving out pathways for those who succeed them.

Following her first Clipper race in 2015, where she suffered broken ribs and a head injury after battling rough seas in the Pacific Ocean, Tuck rallied and finished 2nd for the North Pacific Leg in the 2017-2018 race a year later. Tuck then made history, becoming the first woman to win the Clipper Round the World Race when she sailed over 40,000 nautical miles across six oceans at the helm of Sanya Serenity Coast. Tuck, known affectionately as “Wendo,” is also an avid surfer and lover of the ocean.

“I am very proud. If one little girl sees this can be done and has a go, that will be what matters.” -Tuck on her record breaking voyage.

It is Amy Sinclair’s mission to make sailing more inclusive. Sinclair, a sailor, and advocate for inclusivity in the sailing community, started sailing as an adult. After her introduction to the sport in 2014, Sinclair fell in love with sailing and competed in races worldwide.

Sinclair was a Sweet Caroline J109 race team member in Hempstead Harbor, NY. She’s served as the Vice President of the National Women’s Sailing Association and as captain of the first all-female Kenyan sailing team to compete in the annual Dhow Race Festival in Lamu. In 2019, Sinclair organized the sailing community in welcoming climate activist Greta Thunberg to the New York Harbor.

In addition, she’s served as a spokesperson for the United Nations Sustainable Development Group. Sinclair is currently the CEO of Women Who Sail, an online community for women, women-identifying, non-binary sailors, and the founder of #SailingNoire, which further emphasizes the need to break down stereotypes and get more POCs out on the water.

“Sailing changed my life in so many different ways, and I want to share it.” -Sinclair on sailing.

As an openly lesbian sailor, Clapcich has broken down barriers for both women in sailing and members of the LGBTQ+ community. In addition to her achievements in competition, Clapcich is also an advocate for inclusivity in sailing and is the co-founder of Equal Sailing, an organization committed to creating an environment where sailors are treated equally based on their skills and experience.

“As professional LGBTQ+ athletes, it is important that we bring attention to these issues and keep fighting for the next generation of athletes and those who need our voices most.”- Francesca Clapcich on advocating for the LGBT+ community.

Captain Marie Rogers has broken down many barriers in sailing. Rogers was the second woman in over 118 years and the first Black woman to serve as the commodore of the Los Angeles Yacht Club. She is also a 50-T Master Captain, a certified sailing instructor, and an advocate for spreading sailing in her community.

Rogers is an avid racer and competed in the 50th Transpacific Yacht Race. She was most recently honored as the 2021 BoatUS/NWSA Leadership in Women’s Sailing Award Honoree for her generosity and dedication to inclusion in the sport of sailing. Rogers currently serves on the Board of Directors of the National Women’s Sailing Association, an organization dedicated to enriching the lives of women and girls through education and access to the sport of sailing.

Photo sourced from Boat Us

“Sailing is lovely because it’s sharing, it’s a group, it’s relying on one another. It is about team building and being open minded. Sailing is an amazing metaphor of how to get along.” - Captain Marie Rogers

Be sure to check out our other blog posts to get an inside look at our favorite destinations, marinas, liveaboards, and tips for boaters. Join the conversation on Flipboard, Facebook, Twitter, and Instagram.

The proverb is so ancient, it can actually be found in the Bible. Even William Shakespeare can be noted using the classic “red sky” proverb... 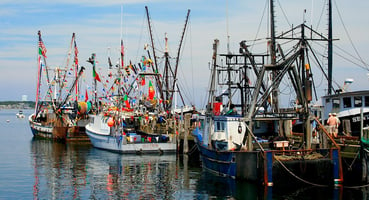 Blessing of the Fleet Ceremonies & Events 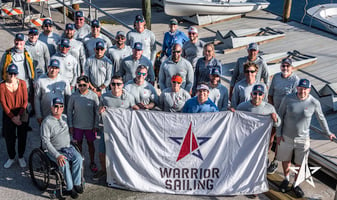 While suicide is highly preventable, asking for help can be extremely difficult for many veterans as personal responsibility and...