Our Investment into the Futures of Newport’s Community and Youth

What first comes to mind when you think about Newport, Rhode Island. Is it Newport’s scenic coastline, cliffs, and white sand beaches that stretch across New England’s coast for more than 400 miles? Is it the entertainment options and attractions for a potential bachelorette party, romantic weekend escape for two, or a day of family fun? Maybe it’s the world-class restaurants, wineries, and breweries that offer innovative dining experiences for every budget and taste? Or perhaps it’s the “City by the Sea’s” history, fashion, art, and mansions that give you a peek into the lives of intellectuals and the rich?

Whatever you think of first, odds are you’re not thinking about the poverty that affects nearly half of Newport’s youth. What most people don’t realize about Newport is that it’s a true dichotomy. There is incredible wealth and vibrant culture, where there’s also staggering poverty. 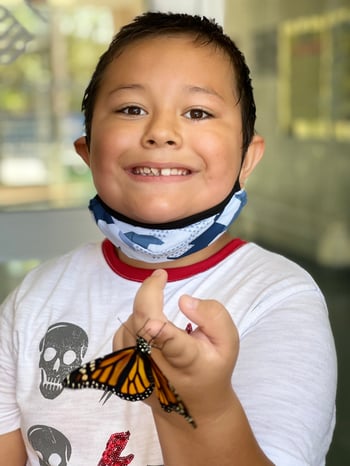 “The poverty rate in Newport is 15%,” said Joe Pratt, Executive Director & CEO of the Boys and Girls Club of Newport County. “If you look at the north end of Newport, the poverty rate is three times that. It’s 45%.”

He explains that two significantly different stories are told when you cross over the Claiborne Pell Bridge, more commonly known as the Newport Bridge, and take a left instead of a right.

“If you take a right, you’ll eventually hit Ocean Drive and Bellevue Avenue. But take a left, you’ll hit the housing development areas, and that is where the poverty is concentrated.”

At the start of 2022, The Wanderlust Group (TWG) launched The Wanderfund, a new philanthropic initiative focused on supporting organizations that create greater access to nature and protect the environment.  Throughout the year The Wanderfund will be investing in nonprofits and our donations will total $300,000 at the end of the year.  We've kicked off that initiative with donations to two organizations:  Ocean Conservancy and The Boys & Girls Club of Newport County, As we established TWG in Newport, our initial investment in The Boys & Girls Club of Newport County is also a tribute to the community that gave our company its start.

The Boys & Girls Club will use our donation to directly support existing and create new programs that get youth outside and introduce new generations to a shared love and respect for the outdoors. Along with Joe, we spoke with Kelley Coen, the Director of Development, to hear more about the plans for the Wanderfund’s gift.

The Cost to Build Futures and Rewarding Lives

In Newport, Joe explained 70% of the kids in the school system qualify for free or reduced lunch, 42% come from single-parent households, and for 36%, English isn’t their native or primary language.

“There are extra hurdles for them. These kinds of statistics affect the way we deliver our programs. We also want to make sure we’re providing a fun, safe space and encouraging positive relationships with an adult that’s not their parent.”

those who need it most. With that in mind, the club doesn’t want finances to become a barrier to the support these children have access to, so they depend on grants, philanthropy, and donations from the community to ensure they’re not limiting their services based on a parent or guardian’s ability to pay.

According to the Boy’s and Girl’s Club of America’s (BGCA) annual report, in 2020 alone, $278.7 million was raised in total gift support to BGCA, spread out amongst over 4,000 clubs and 11.3 million kids and teens nationwide. Only about 5% of BGCA’s total revenue comes from membership dues.

“A gift of this size just makes the year start on the right foot. Every January, we start at 0, and we have 365 days to raise 70-74% of our annual budget,” Kelley explained. “It’s a lot of work, especially because we rely heavily on our community. This gift not only helps our actual budget line, but hopefully, it will inspire others in the community to show us the same confidence The Wanderlust Group has in the work that we do.”

“We want to continue to expand, grow and strengthen the quality of our programs and services for the youth that we serve,” Joe added.

The Impact of Boy’s and Girl’s Club Programming

The BGCA demonstrates the strength of its programming by the achievements of those who participate in their local club. Nationwide, 97% of club teens expect to graduate from high school, and 80% have applied to post-secondary education. In addition, 76% of low-income club members ages 12 to 18 who attend the club regularly reported receiving primarily As and Bs, compared to 67% of their peers nationally. 52% of 12th-grade club members express an interest in a STEM career, compared with 27% of 12th graders nationally. 75% of regularly attending members said they volunteered in their community, club, school, or neighborhood at least once in the past year [1]. 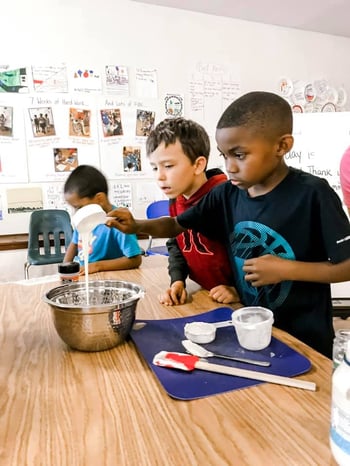 Joe and Kelley believe they can measure these achievements by their daily impact on all club members. Additionally, their services inspire their kids and teens in a wide range of areas beyond academics.

“We have kids who record music in our club. One of the bands from the Newport Folk Festival will come to our camp and play just for the kids every year,” Joe explained. “One year, one of our members was selected by the Newport Festivals Foundation to be the poster child of the festival because of the original works he created. Programs like this help to inspire potential careers in the arts.”

Another example of this trend is the success of an art program two summers prior. A group of 12 kids created paintings that represented how they perceived themselves in their community.

“We thought for sure all the kids were going to paint beautiful sailboats, the bridge, or a mansion, and it was exactly the opposite,” Kelley said.

A hotel located in the heart of downtown Newport invited the kids to show their art pieces for three months in an exhibit. The exhibition’s premise was “Welcome to Our Town,” and it was a triumph, to put it mildly.

“One of the kids did these almost cartoon character images of his middle school class, and the hotel bought it. So, here’s somebody that regularly comes to the club, but he’s somewhat shy,” Kelley explained. “Now he’s a celebrated, commissioned artist with permanently displayed artwork at the hotel. That led to other people purchasing the artwork from the rest of the kids because they wanted to make sure each one felt as though their artwork was important. It’s just an example of how a small, daily activity can inspire something greater.” 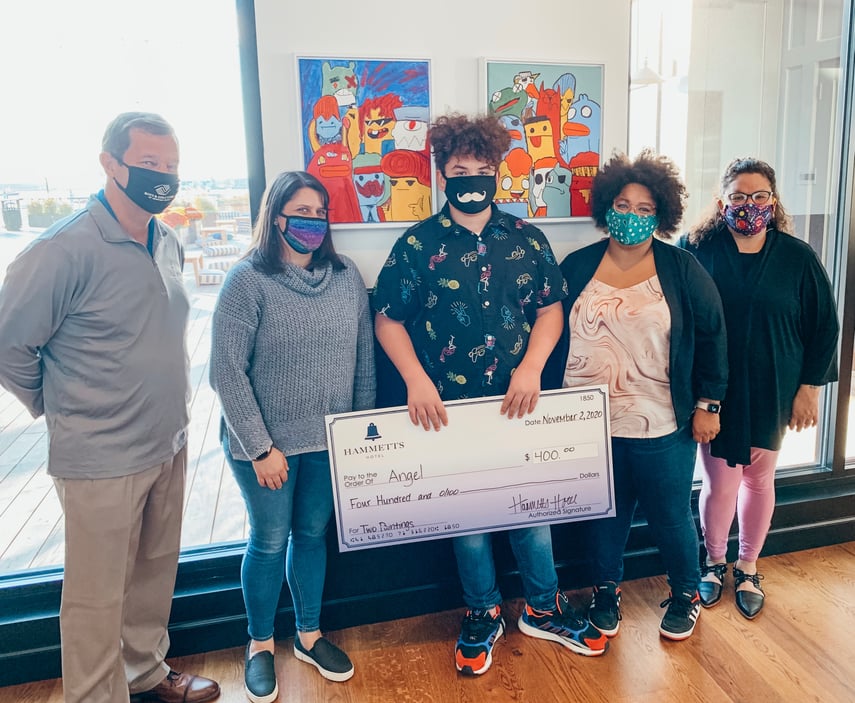 Most notably, Kelley looks to their “Youth of the Year” recipient as a true testament and measurement of the club’s overall success. She calls it their “annual report” card as the award recipient represents the club locally and at the state and regional levels.

“The last three recipients had been a part of our programs for upwards of 10 years,” Kelley explained. “So, do these programs influence them and what they’re interested in pursuing in their lives? Absolutely, and we see it every day.” 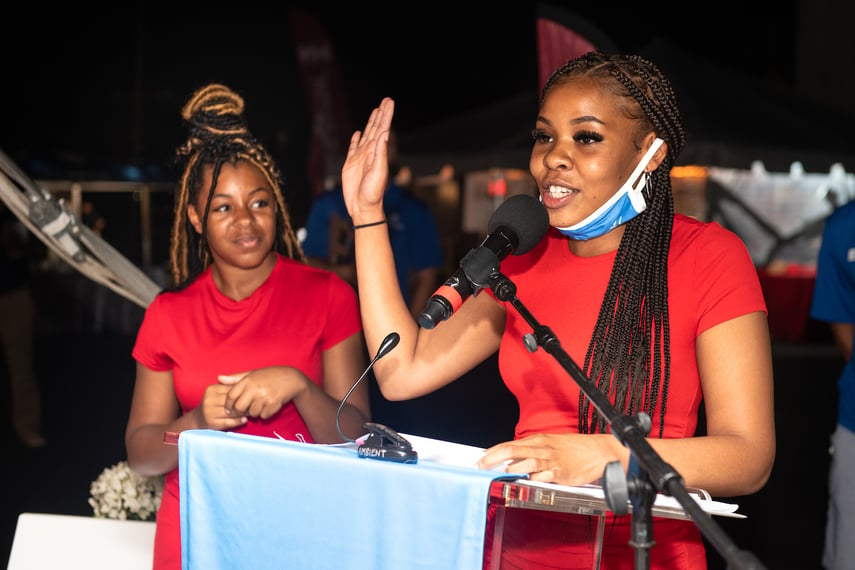 A Message from The Wanderfund

Every quarter of every year we'll select another nonprofit working to support our environment and invest in its future. Some will be major global organizations, some may be small-but-mighty local efforts in key regions.

We invite you to suggest organizations for us to consider by messaging us on Twitter, Facebook, Instagram or Linkedin, just use the hashtag #wanderfund with some details on why you think we should contribute to your recommended organization. You can also email us at wanderfund@thewanderlustgroup.com. We'll profile the organization we choose each quarter on our blogs and our social accounts. Thank you for joining us in this effort.

Quotes have been edited for clarity. Stay up to date with The Wanderfund series and more on our blog and join the conversation on Facebook, Twitter, and Instagram.