From the historic Ballard Locks to the hundreds of islands off the coast of Puget Sound, Seattle is a boater’s dream. So whether you’re looking to enjoy the quiet of a day on the Sound or explore the historic maritime culture of the city, Seattle has plenty to offer. With summer fast approaching, we’re highlighting three events that will help you kickoff an eventful boating season in Seattle.

Although boaters can enjoy the waters of the Sound, Lake Washington, and Lake Union year-round, the summers serve as the peak boating season in Seattle. With temperatures ranging in the low to mid-70s, boaters can expect comfortable and gorgeous weather while on the water. Seattle Yacht Club’s century-old Opening Day celebration marks the start of this season, which they host on the first Saturday of May. The event, known as the nation’s largest regional celebration of water, kicks off with a bang, with a parade beginning at noon, the blast of a cannon, and the raising of the Montlake Bridge.

If you'd prefer to book your a slip or mooring on Dockwa's network, you can dock at nearby Nautical Landing Marina, Salmon Bay Marine Center, or Elliott Bay Marina to take part in the festivities. 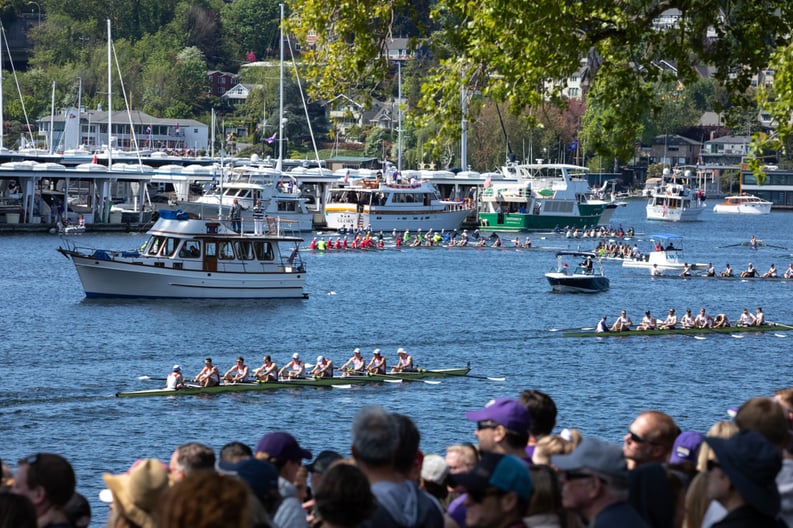 After the regattas, the celebration continues with the boat parade. Again, thousands of boaters and spectators gather to participate in the festivities. The parade is perhaps the most recognizable feature of the celebration, and hundreds of boaters take to the water to showcase their boats. However, this is no ordinary boat parade, as the best part of the parade is that boaters decorate their vessels following the year’s theme! This year’s theme is “The Roaring’ 20’s,” so keep an eye out for some fun Gatsby-inspired decorations as boaters compete to win the festival trophy for the best-dressed boat.

Summertime also marks the beginning of the exciting Seafair celebrations. As the largest festival in the Pacific Northwest, over 2 million people enjoy this event, including races, air shows, community block parties, and other fun family events. The annual not-for-profit festival lasts over ten weeks and consists of seven official events and 25 community-hosted events. The seven key events are:

The Seafair Summer 4th is the July 4th celebration in Seattle. Boaters and spectators alike gather in Lake Union to enjoy the spectacular fireworks show. It was recognized by USA TODAY as one of the nation’s best fireworks displays.

The Milk Carton Derby, hosted in Green Lake, is a fun family outing of ingenuity and creativity. The race consists of contestants racing homemade boats made out of milk and juice cartons! Fans can enjoy the silly event from the shoreline and watch contestants compete in creatively decorated and hilariously fun homemade milk carton vessels. In addition to bragging rights, contestants race to win up to $250 and a chance to be crowned as Milk Carton Derby champions.

Seafair’s Fleet Week celebrates the brave men and women who serve in the armed forces. Consisting of various events and parades, Fleet Week allows spectators to explore Navy and Coast Guard vessels and ships that carry our everyday cargo.

Last on our list is the Duck Dodge. The Duck Dodge is an unofficial and loosely organized regatta and Seattle tradition. Every Tuesday night in the summer, over a hundred boaters take to Lake Union to race for the ultimate prize, a duck sticker. The race consists of several laps, Mario Kart-style, with boats of varying sizes, speeds, and types gliding across the lake. The event is free and open to the public, with a ridiculous set of rules, the top being “no hitting.” They intentionally highlight it in five of the 12 rules. Every race has a different theme, with participants engaging in good, lighthearted fun. 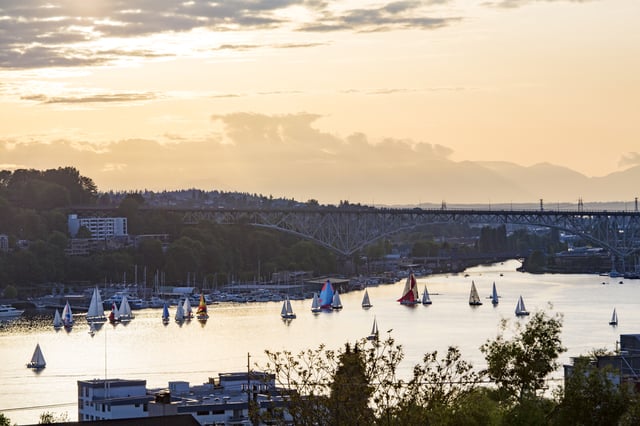 As warmer weather and blue skies begin to peak through the clouds, it’s cause for celebrations and summertime activities in Seattle. From the summer festivities of the Opening Day ceremony, Seafair, and the Duck Dodge, boaters will have plenty to do in their time visiting Seattle. Although the festivals are a great way to have some fun in Emerald City, the fun doesn’t stop there. Booking with Dockwa ensures boater’s a season packed with fun and a hassle-free mooring and docking experience.

Be sure to check out our other blog posts to learn more about other summertime events and fun. Join the conversation on Flipboard, Facebook, Twitter, and Instagram. 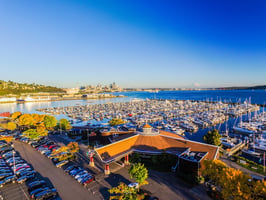 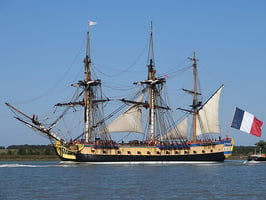 The original ship is deeply rooted in the history of the founding of the United States and its relationship with France. By crossing the... 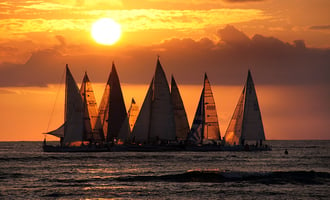 Make the most of November, kick off your holiday season, or celebrate making landfall in warmer climates at these nautical events! Find a...